Do you coach intuitively or by a process?

The post Do you coach intuitively or by a process? appeared first on JFlinch.

Episode 28: “Mistakes make us better, and make whiskey necessary”  In Episode 28, Mark and Jamie begin by having our spouses pour mystery whiskeys for us. We don’t know what they are when we start drinking them. Mark’s wife at least joins him occasionally in a dram, but Jamie’s wife

The Many Meanings of the Word “Coaching”

Coaching means many different things to different people and within different organizations. Often I find someone believes they are coaching when in fact they are just sharing their experiences and points of view at opportune moments. I remember one executive I was coaching, who is now retired, saying “People can’t

The post The Many Meanings of the Word “Coaching” appeared first on JFlinch.

The History of PDSA, PDCA, and Dr. Deming 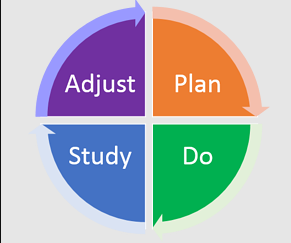 PDCA, or “Plan Do Check Act”, is perhaps one of the most well-known concepts in lean and continuous improvement. Not the most understood, but well known about. Anything this ubiquitous and broad is with understanding its historical use and origins. I love diving into histories like this; read economics and

The post The History of PDSA, PDCA, and Dr. Deming appeared first on JFlinch.

Episode 27: “Lean Coffee: Pour Over Edition”  In Episode 27, Mark and Jamie switch things up a bit with a morning recording of the show. While we could have just started our whiskey early, instead we decided to switch to a beverage that shares much of the same culture, craft,

My Definition of Entrepreneurship

By Syndicated on May 11, 2021   Entrepreneurship, Lean, Syndicated News

A famous, but false, anecdote about entrepreneurship is when George W. Bush told Tony Blair that the problem with the French economy is that they don’t have a word for entrepreneurs. This would have been funnier if it were true, but this French word has grown in popularity over the

The post My Definition of Entrepreneurship appeared first on JFlinch.

The Future of Work, and the Workplace, Post-Covid

The future of work post-pandemic has been much anticipated and has caused legitimate concern for many. Working conditions for some have been improved, for others, it has been stressful. As for many, working conditions have been impossible as the unemployment numbers for women while kids learn remotely have demonstrated. Companies

The post The Future of Work, and the Workplace, Post-Covid appeared first on JFlinch.