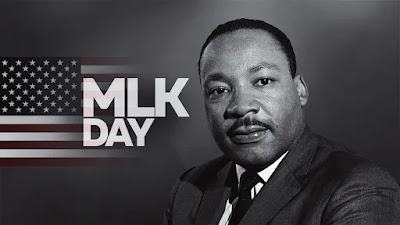 Today we celebrate and recognize the life and achievement of Martin Luther King Jr. MLK as they say was an American pastor, activist, humanitarian, and leader in the African-American Civil Rights Movement. He is best known for his role in the advancement of civil rights using nonviolent civil disobedience based on his Christian beliefs.

We can learn many powerful lessons from the work of Dr. Martin Luther King, Jr.

Martin Luther King Jr. had a dream, and he declared his dream to the world.

He believed in his dream and passionately worked on it to bring it to reality, even though he did not live long enough to witness the full realization of it.

He showed the world to dream big when he declared:

No matter where you are on the journey, believe in your dreams.

Your dreams are valid, no matter how big they are.

Martin Luther King Jr. believed in the power of love.

He taught people around him to love.

He believed that hating people is stooping low and no one should ever fall prey to hate.

When you return hate for hate, no one wins.

They incarcerated him on different occasions, which never deterred him from fighting for human rights.

He showed that the fact that you are going through a difficult time does not signal a great time to quit.

“If you can’t fly then run if you can’t run then walk if you can’t walk then crawl, but whatever you do, you have to keep moving forward.” – MLK

He believed in empowering the human mind through education.

He described ignorance as a dangerous thing.

“Nothing in the world is more dangerous than sincere ignorance and conscientious stupidity.” – MLK

While he encouraged education, he also believed the lack of education is not an excuse not to serve.

If anyone ever exemplified a life of service, Martin Luther King Jr. did.

He believes serving others is the epitome of greatness:

Be quick to forgive.

Never allow hatred to develop in your heart for anyone.

“Forgiveness is not an occasional act; it is a constant attitude.” – MLK

7. Stand Up For Justice

“Our lives begin to end the day we become silent about things that matter.” – MLK.

His stance for justice was obvious.

He discouraged keeping quiet in the face of injustice and standing up for what is right.

Martin Luther King Jr. was a man of great faith who delighted in doing God’s will.

“I just want to do God’s will. And he’s allowed me to go to the mountain. And I’ve looked over, and I’ve seen the Promised Land! I may not get there with you, but I want you to know tonight that we as a people will get to the Promised Land.”- MLK

Throughout his life, his faith in God was obvious in his thoughts, actions, and speech.

9. Step out of Your Comfort Zone

Successfully pursuing the dream in your heart may involve stepping out of your comfort zone.

10. All Things Are Possible

He showed us that the human spirit has so much power to accomplish whatever we set our hearts to do.

For him, “impossible” was not an acceptable word.

He dreamed of a future where segregation would be history and everyone would be treated equally regardless of skin color.

He was not only a genuine leader; he was a great leader.

He did not search for consensus but molded consensus.

King's impressive command of the above leadership lessons led to truly historic success. They hold powerful lessons for all leaders, and underscore the courage and persistence needed to change the world. Leaders who want to change minds and overcome deeply entrenched prejudices, biases, and misguided values need to master the eight lessons profiled above and illustrated through Dr King's words and deeds.